​​
In preparation for foreign theaters of operation, OSSers conducted training at Areas A, B, and C in Catoctin Mountain Park and Prince William Forest Park.

Upon arrival, the team conducted training on Navigation.  In this case, how to use a "clandestine" map to navigate around a smaller area.  The team then learned the main cipher for this event, the Playfair. This would come in handy during the actual running of the course.  The next class was on tracking and how to move quietly in the woods.  Finally, a quick refresher and the team was off.

The gist of this event was that there were 9 points scattered around the training area.  The goal was to navigate to all the points in sequence, based on the given azimuth to find the keyword for the final cipher. There were 3 legs of 4 points each. On the first leg, the participants were given the azimuths, on the second leg, they had to decipher a simpler code based on a code that the Templars used.  One of the points on leg 2 was a stalking lane.  Participants had to sneak up on a sentry before they were given the letter for that point.

On the final leg, the team was introduced to the Playfair cipher to find the needed directions.  Once they had the keyword, they used that to decode the final message to find the secret location of the last evolution.  During this final evolution, the participants had to start a fire, using no lighter or matches. The first one to burn through the cord was the winner.  Jennifer came in first, then Steve, then Anna.  Thank you to all of those who came out and Amy and Lyell for helping out!

All of these 4-6 hour events will culminate in the next 40 hour large scale fox event to capture the Enigma and break the code. 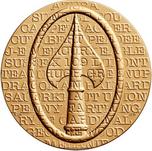